New Space Economy 2022 represents an innovative approach to the Space industry under multiple aspects, such as the number and typology of the main players and investors, the technology, the industry, the space application, its economic impact, old objectives linked to science and the Space Race, together with new objectives such as Tourism and the general Commercialization of the space sector.

Similar to what happened to other products and services, the Space industry began a new phase of globalization: the sector now includes a larger geographical distribution, private and public presence, and also emerging economies started to get involved in the Space sector. Between 1957 and 2021 the number of Countries that participate to Space Programs, grew from two (Soviet Union and United States) up to almost ninety [1]. New Countries from the African continent established their presence in Space, as well as their territories began to become points of interest for other space players at international level.
Many Countries classified by the World Bank in the group of Low-to-Middle Income economies, started to establish their own Space Agencies, as well as to participate to international programs.

The biggest transformation of the Space sector, is its impact on traditional industries, where processes and products are improved and accelerated thanks to the usage of Space technologies. From agriculture, to transportation, to infrastructure, to health and medicine, the space sector is changing the working practices around the world.

For this reason, no Country, which have made the step to enter the Space sector, is taking the step back: the investment is producing long term benefits to the citizens and is destined to improve the social and economic quality of the Country.
Space evolved from being a specialized sector, to becoming a tool transforming the worldwide economy.
This paper illustrates the global trend for the adoption of the Space technologies at political and economic level, as well as understand the economic requirements needed for the initial development of the new Space economy, in particular in lower economies Countries.

Integration of the New Space Economy in the international politics

With the begin of the new Space Economy, also known as New Space, technologies, research, exploration and applications improved multiple aspects of our daily life, with direct and indirect benefits. Its importance at worldwide level touched multiple aspects, which led to an important contribution to the worldwide economy. Space and non-Space industries have seen their working practices, as well as the delivered products and services, transformed by the Space sector.

The impact of the transformation started as a local phenomenon, which was adapting to the dedicated industry. As a result, today, the Space Economics 2022 became a global phenomenon, where the know-how from the Space sector is applicable to almost all the sectors, which often started to become connected via Space, and found in it a possibility of improvement, from both technical, and economical aspect.

For the first time in the history of the G20, the Secretariat chairing the G20 in Saudi Arabia, held in October 2020, realized the need of inclusion of the Space Sector for the development of new frontiers and for maintaining a peaceful environment on the Planet, as well as, understanding its role in the broader economy. For this reason, the G20 2020 included the Space Economics as one of the 22 priorities on the agenda, titled “Promoting Space Cooperation” under the goal “Shaping New Frontiers” [2].

During the G20, the United Nations Officer for Outer Space Affairs (UNOOSA) highlighted the importance of the Space Sector, together with the heads of the most important Space agencies in the Planet. Multiple programs, including mainly Earth Observation satellites, Satellite Navigation, together with many more, led to the conclusion of the commercialization of Space to be an important contributor of the global Gross Domestic Product (GDP), estimating that over 10% of the GDP depends on the use of satellites (additional percentage points are added with further indirect benefits) [3]

Space is not seen anymore as a stand-alone industry. The new Space Economy 2022 is considered to be an enabler of green economies and a catalyst for achieving the Sustainable Development Goals (SDG)[9]. Topics such as Climate Action, Sustain Cities, Food, Quality Education, and many more SDGs are impacted by Space in multiple ways. Advances in satellite technology are projected to provide an even broader range of data in the future, enabling to draw insights that will enhance our understanding of the science of earth and support efforts to mitigate the effects of climate change.

A summary of the contribution from new Space Economy 2022 to SDGs is shown in Figure 1.

Integration of the New Space Economy in the international politics

The globalization of the Space sector became more and more evident starting from the year 2000. The geographical distribution involved both strong economies (such as Japan, Luxembourg and Australia), but also emerging economies, such as the African and South American Countries.
Over the last twenty years, a total of thirty-seven Countries have founded a new national Space Agency. The highest number of space agencies creation is nevertheless concentrated in the last ten years: over a total of thirty-seven Countries creating a new Space Agency, thirteen of those were born between 2000 and 2010, and twenty-four were born between 2010 and 2020 (see Figure 4).

The new so-called “ Emerging Spacefiring Nations” do not engage to the full spectrum of space activities in the same way. Some of them sill have limited access and only partially get benefits from the space technologies. Generically a new Space Agency at national level requires a new space policy and the adoption of regulations. In this context, it is necessary to recognize the guidelines provided by the Committee on the Peaceful Uses of Outer Space, which is the forum within the UNOOSA, responsible for the development of international space law. The above Committee has defined five international treaties and five sets of principles on space-related activities, which apply at international level [11].

Certainly, what is necessary for the establishment of a National Space Agency are National Funds. Before being able to deliver a benefit, a large investment is necessary in order to carry out multiple projects and develop domestic industrial means for national programs. In many cases, the Space Agency participates to international programs, for which a separate budget needs to be allocated.
This analysis show the need at governmental level for allocating part of the national budget to the Space Programs, and directly link an economic effort to the development of a national space force. 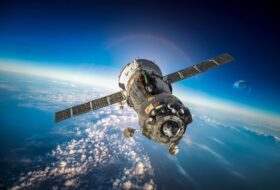