India’s space programme is driven by a state-owned agency: the Indian Space Research Organisation (ISRO).  The space sector is largely, if not entirely, public, and so completely monopolised by ISRO. It counts only 2% of the $440 billion global industry.  At present, the Indian private sector participates primarily in the rocket and satellite launch services segment, an area that accounts only 5% of ISRO share.

Indian companies do not have the resources or the technology to undertake independent space projects or provide space-based services. Large corporations such as Larsen & Toubro, Godrej and Tata have been long-term vendors for ISRO, but their primary incoming doesn’t come from space manufacturing. While, in America, there are companies like SpaceX and Blue Origin that have the financial resources to vertically integrate, go to market independently, and extend product and service capabilities largely with in-house resources. Compering the Indian and American private landscape, the space leaders are completely different, for both concern the economy resources and the expertise.

The demand for space-based services in India is far greater than what ISRO can supply. While in America, the US’s National Aeronautics and Space Administration (NASA), financially stronger, awards a part of its annual budget to invest in and work with private players. The advance of space technology, in America, is supported from private players, like Boeing and SpaceX, who have partnered the governments in various capacities (rocket, satellite launch, space manufacturing, ecc). By 2010, nearly one-third of worldwide space launches were commercial. And later, the contribution of the commercial space industry became essential to reach outstanding results in the space exploration, as claimed by the Trump Administration’s Space Policy Directives build upon the Obama Administration’s. In America, the primary support in the space sector from the private companies and the potentially successful business cases are clear.

The space economy in America is decentralized, entrepreneurial, and accessible and first of all, includes players across industries. The government acts as chief developer, as customer and as a partner. In the last years, it has started to act mainly as partner and customer, rather than main developer, going through a more decentralised space sector development. The first example of this model date back in 2006 when the agency began to contract its ISS resupply missions to private space companies through the Commercial Resupply Services (CRS) program. The CRS program defines the beginning of the partnerships between NASA and private companies. Different types of partnerships with the private sector are becoming increasingly common: partnering in R&D co-funding, Public-private partnership (PPP) and shared use of space infraction.

In India, only in 2020, the Union government opened up the space sector to private players and approved the draft legislation that enabled the private sector to participate or undertake a range of space activities. These reforms are implemented by a new nodal agency, the Indian National Space Promotion and Authorisation Centre (IN-SPACe), and while ISRO’s commercial activities will be delegated to government-owned units, New Space India Ltd (NSIL) and Antrix. But private players still lack of governmental funding.  In 2017, Hughes, a US-based company, had announced a US$ 500 million satellite communications system in India. To date, the company has not received any approvals or an expected timeline.

In India, there is still no specific comprehensive legislation that governs the current ecosystem. Instead, on the other side, a common set of principles to govern the civil exploration and use of outer space was established in October 13, 2020: the Administrator of the National Aeronautics and Space Administration (NASA) and the representatives of eight other space agencies (but ISRO) signed the Artemis Accords.

Further, as ISRO works on the traditional vendor-supplier model, most intellectual property is owned by the organisation, hindered the technological advancements of Indian companies. NASA supports both grants and procurement mechanisms. In the early 2000s, part of NASA’s total R&D budget was performed by industry contractors. 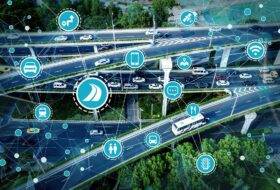 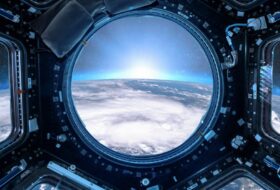 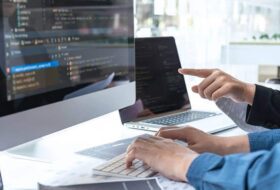